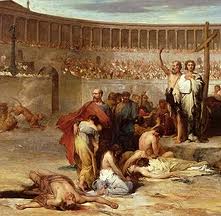 by Charles Moore –
Politicians in the West – and atheists – ignore at their peril the benefits and power of organised religion.

This week before Easter, I chanced upon the following two quotations. The first says: “Not for 2,000 years has it been possible for society to exclude or eliminate Christ from its social or political life without a terrible social or political consequence.” The second says: “Religion taught by a prophet or by a preacher of the truth is the only foundation on which to build a great and powerful empire.”

The first is by Margaret Thatcher, opening her foreword to a book called Christianity and Conservatism, which appeared in 1990. The second appears in Tom Holland’s outstanding new book In the Shadow of the Sword (Little, Brown), which traces the rise of Islam from the ruins of the Roman and Persian empires. It comes from Ibn Khaldun, the great Muslim historian and political counsellor of the 14th century.

The grocer’s daughter from Grantham and the sage from Tunis seem, despite their differences of faith and time, to be saying something comparable. I found myself asking a simple question about both statements: are they, factually, right?

Note that neither is insisting – though they probably believe that it is – that what the religious leader preaches is necessarily true. Note, too, that neither is saying that a religion, let alone a religious organisation such as a church, should hold political power. But what they are saying is something like the message of the parable of the house built on rock and the house built on sand. They have seen a good bit of how the world works: they recommend building on rock.

Both remarks would probably not be made by secular public figures in the West today. Mrs Thatcher’s words were written only 22 years ago, when she was still prime minister, but her successors – though all four of them have been highly favourable to Christianity – would shy away from the toughness of her claim. They prefer to confine themselves to saying nice things about Jesus (He had “incomparable compassion, generosity, grace, humility and love”, said David Cameron this week), rather than to suggest that anything bad might happen if His teaching is ignored. As for old Mr Khaldun, well, we’re not supposed to be in favour of great and powerful empires anyway, so let’s not go there.

A view has now grown up in the West that religion in the public sphere is either irrelevant or positively harmful. Its good bits, such as loving your neighbour, say people like Richard Dawkins, have nothing intrinsically to do with religion. Its bad bits very much do, and they must be stamped out, or at least relegated to a completely private sphere in which people can mutter their weird incantations only behind closed doors.

It is believed that universal doctrines of human rights, enforced by the United Nations and by international courts, can settle all the moral stuff necessary to the running of society. All the rest is seen as superstition and bigotry. Despite a bit of bleating from Catholics, God was left out of the Constitution of the European Union. He had a lucky escape, one might think, but nevertheless it is significant that those planning Utopia for our continent felt they could dispense with Him.

A [wrong] view has now grown up in the West that religion in the public sphere is either irrelevant or positively harmful.

At least two things are missed in this God-is-dead political order. One is that it ignores the basis of so many of the ideas it advocates. These ideas are not the result of intellectual virgin births in modern times. They have parentage. They could not have been conceived without Christian thought about the intrinsic dignity of each human person.

One of the main reasons that slavery was abolished in the Christian world (though it took a shamefully long time to happen) is that St Paul taught that no slavery could be approved by the faith because “we are all one in Christ Jesus”. Unfortunately, it is not naturally obvious to humanity that slavery is wrong. People like enslaving one another. The wrongness has to be re-taught in each generation. Post-God, it is not clear on what basis to teach it.

The secularists also do not stop to contemplate Mrs Thatcher’s warning about what happens when people cut Jesus out of the life of society. She was thinking, I suspect, not so much of nations where other faiths predominate, but of that area which people used to called Christendom, now loosely known as “the West”.

The Nazis repudiated Christianity. The French and Russian revolutions did so too, and denied God also. All three persecuted believers. Some of the revolutionaries had been right about the abuses of power by the Church, but all were proved wrong about what human beings do when a political and social order underpinned by Christianity is destroyed. It was indeed, to use Mrs Thatcher’s word, “terrible”: it produced the rule of terror.

Some might object that the United States of America is also a God-free political order, and it maintains freedom perfectly well. But it is not. The constitution insists that there shall be no “establishment of religion” ie no state-protected church, but that is not at all the same as rejecting Christianity. Indeed, it gives permission for Christianity to flourish in a modern form. “In God We Trust”, it says on dollar bills, wisely implying that society must depend on a higher power even than the Fed.

The secularists also do not stop to contemplate Mrs Thatcher’s warning about what happens when people cut Jesus out of the life of society.

Seen from a Christian perspective, this strong relationship between faith and political authority is by no means unambiguously good. “My kingdom is not of this world,” said Jesus at his trial, and appalling things have happened when this teaching has been forgotten.

But my point is the factual one: is it true that Christ cannot successfully be taken out of the life of society? Yes. And was Ibn Khaldun right that no nation can prosper and be powerful without religion taught by a great preacher? Certainly in the era of monotheism, he would seem to be more right than wrong. Ever since, in 312, the Emperor Constantine saw a cross in the sky and heard a mysterious voice say, “In this sign, conquer”, all prudent leaders have needed the mandate of heaven.

Secularists in this country should recognise how lucky they are. They live in a nation which, until recently at least, has treated the institutions of Christianity kindly – on the condition, which the Church of England has faithfully fulfilled, that they do not throw their weight around. The Queen hands out Maundy money, for instance, providing a touching reminder that our society defers to Jesus’s commandment to love one another. But the Church has little temporal power.

This, from a sceptic’s point of view, is about as good as it is likely to get. If you start extirpating Christianity, it will start fighting back. And even if – highly unlikely – you beat it down, behind it will come the more implacable, much more shamelessly political adherents of Islam.

Presumably, secularists and atheists do not read the Bible as much as Christians do, so I draw their attention, this Easter, to the behaviour of Pontius Pilate, as recorded in John’s Gospel. He had no belief in Jesus, perhaps no faith at all, but he was troubled at having to let him be crucified. He wrote on the cross that Jesus was “the King of the Jews”. The chief priests told him that he should have written only that Jesus claimed to be the King of the Jews. Pilate refused, and stuck by what he wrote. Perhaps he meant that, whether we like it or not, the power of religion is primary in the life of society, and we must accept this. Perhaps he was wise.