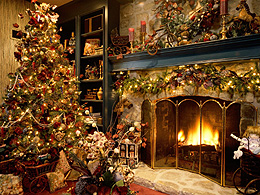 by David Chilton –
Every year about this time, there rises a hue and cry about the “commercialization” of Christmas, accompanied by impassioned pleas to get back to the “real meaning” of the celebration. Too much time and money, we hear, are spent on the public side of the holiday — the hustle and bustle of shopping, the lavish decorations, and the often insincere displays of seasonal piety. Meanwhile, the true spirit of Christmas gets left behind. Some even argue that all public displays of Christmas are inappropriate.

Every Christmas season seems to spawn a new series of lawsuits charging that the First Amendment is imperiled by the appearance of manger scenes on civic property, or by the singing of carols by the local high school choir. I recall hearing a spokesman for the American Civil Liberties Union claim that the very message of Christmas itself was being violated by any public recognition of its existence. What we need, he said, is to remove Christmas from public life completely, and allow it to become once again a private, personal expression of religious sentiment and family values.

To him, apparently, the essence of Christmas was like something out of a Norman Rockwell painting — a household gathered around a piano drinking hot spiced cider and singing “Here we go a-wassailing,” while an apple-cheeked matron, her eyes sparkling with reflected light from the roaring fire in the hearth, loads the festal board with heaping platters of roast beef, steamed vegetables, and candied fruit.

Nothing wrong with that, of course, so far as it goes. It just doesn’t go far enough. While it would surely be a mistake to claim that commercialization is the essence of Christmas, such a statement is rather close to the truth. From the very beginning, Christmas was regarded as a public event. It was never regarded as a private matter, still less as the sentimental remembrance of childhood it has become. In its origins, Christmas was not only public, not only commercial — it was downright political.

One of the most well-known scenes of Christmas, commemorated in countless greeting cards and church pageants, is the coming of the Wise Men to honor the baby Jesus. We should note at least in passing the public nature of the occasion. The Wise Men were public figures, and the arrival of their caravan into the capital city of Judea caused a considerable uproar. Far from treating their mission as an issue of private sentiment, they announced that the Child whom they came to worship was none other than the rightful ruler. (A popular rumor held that a coming world emperor would arise in Judea; one Caesar took so seriously he actually made plans to move his capital from Rome to Jerusalem.)

As for the issue of commercialization: it should be obvious that the Wise Men went Christmas shopping. Gold doesn’t grow on trees, and frankincense and myrrh require human labor to produce. Merchants have been capitalizing on the holiday since the very first Christmas.

But there’s more. For the story of the Wise Men’s visit doesn’t end with their presentation of gifts. St. Matthew’s account goes on to tell of King Herod’s jealous rage at this threat to his tyrannical rule (Herod had had several family members murdered, including his own sons, when he perceived them as rivals of his power). Herod realized the political implications of Jesus’ birth, and ordered the massacre of all male babies in the vicinity of Bethlehem. As we all know, Herod missed the One he was after; and the story ends instead with the death of Herod and John the Baptizer’s proclamation of Jesus as King.

The early Christians were much concerned with the public aspects of the Incarnation. Indeed, they were martyred in droves because they refused to privatize their faith. Even their creeds, proclaiming Jesus Christ as the one and only link between heaven and earth, were far from being abstract theological treatises. That proclamation had a political impact that shattered forever the old pagan pretension that merely human rulers were “divine.” Christians and non-Christians alike have benefitted immeasurably from the resulting restraint on governmental tyranny that is unique to Western civilization.

I rejoice in the commercialization of Christmas. It signals the one time in the year when our world approaches sanity. The brightly lit houses, the evergreens garlanded with bulbs, the carols that provide the musical background for even our most hectic shopping — all creation comes alive with the message that the shift from B.C. to A.D. changed the world forever. 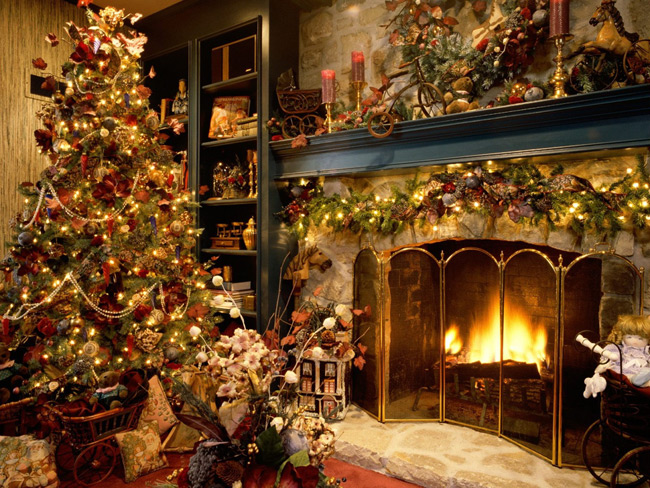