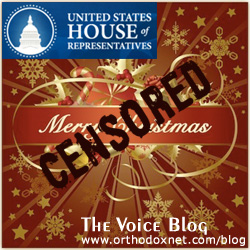 Another Hill staffer told The Washington Examiner that “we were given that advice after submitting” a draft mailing.

Members of Congress send millions of dollars worth of mail to constituents every year but there are official rules that govern what can and cannot be said in those mailings. Members are barred, for example, from saying anything that might be construed as advocating their re-election.

But saying “Merry Christmas” is also not permitted, according to a Dec. 12 memo from the “Franking Commission Staff” concerning “Holiday Messaging.” The memo explains:

Members are unable at the current time to use official resources to record holiday greetings, post on social media/website, or send to constituents in franked mail or e-communications.

Expenses related to the purchase or distribution of greetings, including holiday celebrations, condolences, and congratulations for personal distinctions (wedding anniversaries, birthdays, etc.), are not reimbursable.”

You may make reference to the season as a whole using language along the lines of ‘Have a safe and happy holiday season.’ It may only be incidental to the piece rather than the primary purpose of the communication.”

A franking commission spokesman confirmed to The Washington Examiner that Members of Congress indeed cannot wish constituents “Merry Christmas” in any official mailing.

“Currently, incidental use of the phrase Happy Holidays is permissible but Merry Christmas is not,” said Salley Wood.

So it’s true, the elected representatives of the nation that puts “In God We Trust” on its currency are not permitted to use the greeting that has likely been uttered by every living adult American at least once in their lifetimes.

Just another demonstration that political correctness and freedom of speech, faith and thought are utterly incompatible. 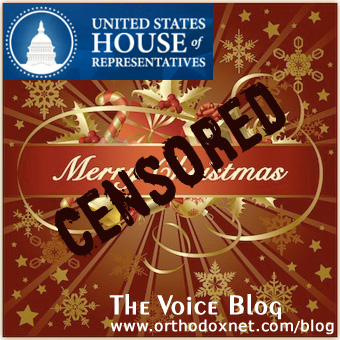