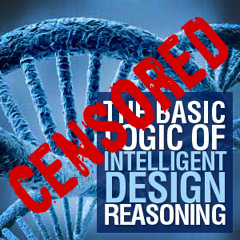 by Christine Dao –
An atheist group is petitioning the British government to issue policy to censor academic freedom and push evolution-only indoctrination on primary school students in the United Kingdom.

Celebrity scientists such as David Attenborough and Richard Dawkins have joined the British Humanist Association (BHA) in the campaign, alleging that organizations like Truth in Science and Creation Ministries International (CMI) “are encouraging teachers to incorporate ‘intelligent design’ into their science teaching.”1

Students in the UK are not forced to learn about evolution until the age of 14 or 15. But the campaign supporters want teachers to teach evolution at both the primary and secondary level in all publicly funded schools.

Meanwhile, Truth in Science maintained that it “has never advocated the teaching of creationism in science lessons in schools. It has consistently advocated, promoted and distributed materials that encourage a more critical approach to the teaching of Evolution as an important component of science education, allowing individuals to follow the evidence wherever it leads.” 2

There’s no doubt that such a regime of indoctrination [as demanded by the BHA] would ensure that very few would leave school knowing that considerable dissent about evolution exists among scientists, or that many of the top evolutionary scientists admit that they have no idea how inanimate matter could have evolved into living organisms. 3

The BHA coordinated the campaign with the help of several other organizations that are committed to keeping under wraps important facts about Charles Darwin’s theory of evolutionary descent with modification, such as that it is incapable of being verified through testable, repeatable scientific observations4, and that it contradicts both the First and Second Laws of Thermodynamics.5

While the British government under former Prime Minister Gordon Brown issued guidance that creation science should not be taught to students in publicly funded schools, the measure was never made statutory. If BHA and its supporters have their way, anyone who questions the scientific validity of Darwin’s theory could be punished under the law.

But there is plenty about the theory to question. From soft dinosaur tissue and fossil feather pigment discoveries 6to scientists finding more useful—and vital—functions in “junk” DNA7, observable scientific investigations by (supposedly) non-partisan entities are raising more questions for evolution. And isn’t that the role of good science? To ask questions and try to find the answers “wherever the evidence leads”?

The BHA’s campaign is yet another political effort to quash scientific inquiry, and thus innovation, for the sake of outdated philosophical preferences.