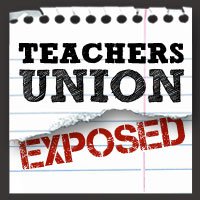 Teachers’ unions will never willingly give up their power, says Terry Moe.
by Marcus A. Winters –
Last fall, I took my wife—a well-informed, intelligent professional who unintentionally married into the contentious world of education reform—to see Davis Guggenheim’s documentary about the plight of America’s public schools, Waiting for Superman. She left the theater convinced that our schools face clear problems that have some clear solutions. But she was puzzled about why reforming the system was so difficult. She knew that the teachers’ unions had something to do with what was wrong with the schools, but just how they wielded so much power baffled her. How is it that the unions manage to protect preposterous arrangements like lifetime job security and seniority-based layoffs while forcing students to attend schools that everyone knows are failing? I’d guess that many people emerge from Guggenheim’s film asking similar questions.

In his new book, Special Interest: Teachers Unions and America’s Public Schools, Stanford University political scientist Terry Moe provides the answers. Moe traces the sources of the unions’ power and explains why they behave as they do. In the process, he blows apart several pervasive myths that have been used for far too long to let teachers and their unions off the hook. The book is a must-read for anyone frustrated by the slow progress toward improving America’s public schools. Readers familiar with the education reform debate will not be surprised by the list of clearly harmful policies that the unions support and commonsense reforms that they work so hard to impede. But those new to the topic will be shocked at the lengths to which the unions will go to defend an indefensible system.

What separates Special Interest from other books is its sharp dissection of the union party line. Moe brings to the subject his skills as one of the nation’s leading political scientists (he’s better known in the academy for his work on the American presidency). What’s shocking and, frankly, embarrassing for those of us who write about schools, is that this is the first serious study of the most powerful force in education policy.

Education policy isn’t made in a vacuum. It is negotiated in the political system, where the unions enjoy several advantages and dominate the debate. The most important source of union influence is financial and human resources. Taken together, over the last two decades, the American Federation of Teachers and the National Education Association have been by far the nation’s leading political donors in federal elections, contributing about 30 percent more money than the second highest contributor, AT&T. Teachers’ unions are either the Number One or Number Two political contributor in 60 percent of U.S. states. The unions further shape the political process by providing countless volunteers to operate phone banks and knock on doors. Using these resources, they have essentially taken over the Democratic Party, which receives 99 percent of their political contributions.

Teachers’ unions aren’t the only powerful lobbying group in America, of course. But there is no counterweight to the union position. Teachers are easy to organize and have clear common interests. Parents and students are unorganized, don’t share common problems, and worry about other issues beyond public schooling. It makes for a one-sided debate.

Most policies that govern public schools are made not by politicians at the state or federal level, but by locally elected school boards. The unions not only outspend their counterparts in these elections; they have also rigged the system to ensure that they can outvote their rivals. Thanks in part to union lobbying, most school-board elections occur during off-peak election cycles. Most voters simply don’t show up. But teachers, who have a direct stake in these elections, vote at high rates. Moe provides several examples. A representative case is the 1997 election in Charter Oak, California, when only 7 percent of registered voters turned out at the polls, but 46 percent of the teachers who lived in the district voted.

What’s especially pervasive about union influence on the political process is that the unions are essentially electing their negotiating partners. Elected officials sign off on union contracts and set the rules under which public schools operate each day. Officeholders supposedly represent their constituencies and protect the public purse. But when politicians are put into office by the teachers’ unions, they tend to be sympathetic to union demands.

The unions aren’t shy about exerting their local muscle. At an academic conference last fall, I attended a panel made up of union heads and school-district superintendents who were supposedly doing things “right”—meaning that management and labor were coming to agreements without knock-down, drag-out fights. The secret to their “success,” it turned out, was that the unions had put in place superintendents who were on their side. One of the union leaders stated matter-of-factly that things ran so smoothly in their district because everyone even sniffing at a run for the school board knew that they couldn’t get elected without the union’s endorsement. One superintendent on the panel was a former union negotiator himself. It’s amazing how well negotiations go when you sit at both sides of the table!

Of course, sometimes the union fails to elect its preferred candidate. But even when dealing with an unsympathetic bargaining partner, unions can leverage the system’s checks and balances to thwart change. Moe shows that it’s far easier to maintain the system through the “politics of blocking” than it is to adopt new reforms. The stars must align perfectly to get any serious reform passed. All the unions have to do is hold up a reform at one of the branches of government and then wait for the next election, when all the cards get reshuffled. Reforming politicians come and go; the union stays forever.

One can’t walk away from Moe’s arguments doubting union power. But must unions wield this power against change? Unions are stakeholders in the system and thus deserve a voice. We could finally remake the system if we could convince the union leadership to get behind reform. After all, teachers are primarily interested in their students’ success—right?

Unfortunately, no. Moe convincingly challenges the pillars of so-called “reform unionism.” The unions don’t support bad policies—like those that make it impossible to fire bad teachers, for example—because they think they’re good for kids. Nor are they mustache-twirling villains looking for ways to harm America’s children. Unions support such policies simply because they’re in the interests of their members. Likewise, their members support the unions because they want those interests represented. These basic facts are essential to understanding how the unions operate and why they can never be true partners in transforming the system.

Most writers—and I’ll include myself in this—are pretty quick to draw a line between teachers and their unions. Moe argues that we’re wrong. The unions do exactly what teachers want them to do.

On the surface, some survey evidence seems to suggest that the unions are out of step with their members. For instance, unions are allied closely with the Democratic Party and vocally support some policies outside education that their Republican members oppose. Moe points to a survey showing that 77 percent of all teachers, but only 66 percent of Republican teachers, say that they belong to the union because they “really want to,” rather than because they were pressured into doing so, which suggests some dissent within the ranks. But that result is deceiving. While more than a few teachers say that they would not voluntarily join the national (34 percent) or the state (20 percent) union, only 6 percent of all teachers (and 10 percent of Republican teachers) say that they wouldn’t voluntarily join their local union. It would seem that teachers disagree on many of the larger issues that national and state unions address, but they overwhelmingly value the bargaining power of the local affiliates that negotiate their contracts and work rules.

the most glaring example of teachers being motivated by their own self-interest is their response to survey questions about tenure, the arcane system that essentially guarantees their jobs for life, regardless of performance.

Perhaps the most glaring example of teachers being motivated by their own self-interest is their response to survey questions about tenure, the arcane system that essentially guarantees their jobs for life, regardless of performance. Teachers know that tenure protects their lower-performing colleagues: 55 percent of teachers surveyed said that tenure makes it tough to weed out mediocre and incompetent teachers. Clearly, such a policy isn’t good for students. Nonetheless, 77 percent of teachers surveyed said that they would oppose eliminating tenure. It would seem that this clearly harmful practice hasn’t been thrust upon teachers by their unions, but rather is entirely in line with what teachers want for themselves.

It’s precisely because the unions are acting in the direct interests of their members that they cannot be expected to change their behavior. When the unions do support changes to the system—for instance, when AFT president Randi Weingarten voices support for improving teacher evaluations—it is because they know that change is imminent. They want to be involved in order to ensure that the reform burdens their members as little as possible.

While the unions resist change, Moe argues that an accidental combination of factors inside and outside of education will soon lead to their demise. The first seed for change comes from within the policy world. More and more Democratic politicians—including President Obama—have finally had enough of the mediocrity in our public schools and recognize that it is union-imposed work rules that have helped create the current situation. The recent ubiquity of standardized test scores has provided new data on just how poorly some schools are performing—particularly schools filled with lower-income and minority students, whose parents make up an important Democratic voting base. Further, the dramatic success of some charter schools working outside union work rules in educating inner-city kids shows that these kids can learn.

But Moe argues that such political turns are not enough on their own to produce systemwide change. The unions simply have too many resources. It is a factor outside of education that Moe believes is the real game-changer: the rapid expansion of information technology. Moe believes, as he and John Chubb argued recently in their 2009 book, Liberating Learning, that technology has the power to weaken the unions by fundamentally changing the way that schools operate. Schools are heavily dependent on human capital—that is, teachers. Technology is beginning to enter classrooms and perform some, though not all, of the tasks for which teachers have always been required. Interactive software can not only supplement, but eventually replace, a portion of teacher-based instruction. Over time, technology could make it so that schools require fewer teachers and thus fewer union members. Moe makes a bold prediction that someday soon, this is going to happen. Let’s hope he’s right. In the meantime, anyone concerned about the future of American education should read this important, imaginative book.