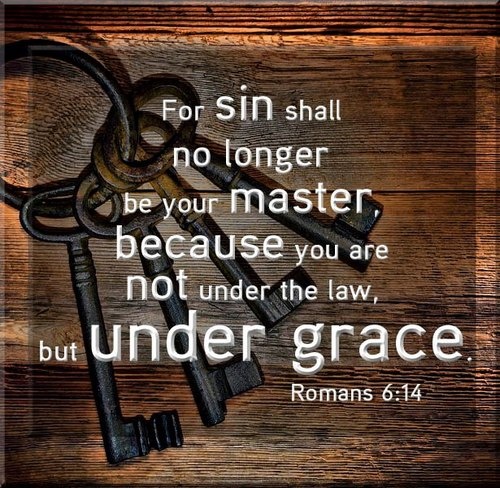 Meanwhile, dozens of former homosexuals, many now married with children, sat in the audience unable to share the truth about the power of Christ to transform lives. Meanwhile, behind the scenes, Baptist leaders were spending hours “dialoguing” with leaders of the so-called “gay Christian” movement. It broke my heart.

In the recent documentary, Such Were Some of You, Dr. Neil T. Anderson was asked if change was possible for the homosexual who has given his or her life to Jesus Christ. His reply: “God has only one plan. It’s that we conform to His image. And so: Is change possible? That’s what it’s all about! That’s what Christianity is — it’s the process of becoming somebody we already are. We’re children of God, now we are becoming like Christ.”

substantive change is the fruit of a deepening relationship with God.

That is a description of the sanctification process where, throughout the rest of our lives, we who have been made holy by the sacrifice of Christ progress in the outworking of that holiness as we grow and mature (1 Cor. 6:11). As we fall more deeply in love with our Savior in the course of an ongoing pursuit of Him (Phil. 3:8-16), we are transformed into His image (2 Cor. 3:18) and we are conformed to His image (Rom. 8:29).

So the question is not “Can a homosexual change?” but “What might change look like for the one who has been trapped in homosexual confusion but has now decided to follow Jesus Christ?”

Briefly stated, substantive change is the fruit of a deepening relationship with God. It is not the result of self-engineered grasping for the ring of holiness but is a natural result of the life-changing revelation of His glory (Jer. 29:11-14; Heb. 11:6) and the transformation of the will that occurs in His presence (Phil. 2:13). The more often we encounter Him and the more deeply, the more transformed we become in our inner man.

Change for those struggling with same-sex attraction occurs on the level of: (1) behavior, (2) belief, (3) identity, and (4) desire. It may also involve deliverance from demonic strongholds and family-line curses, the unmasking of hidden roots of idolatry, fear, unbelief, unforgiveness, the renouncing of ungodly judgments and vows, the healing of emotional wounds, as well as the impartation of missing developmental pieces, such as affirmation and love.

The person in pursuit of more of God will be led by the Holy Spirit into a discovery process—shown a way of escape for some issues (1 Cor. 10:13) and a way of healing for others. While they focus on the glory of the person of God and pour out their love for the One they encounter, God reciprocates by opening up a healing path, guiding them on it, empowering them in it and imparting whatever is needed along the way (Ps. 23:3; 119:133; Prov. 3:5-6; 4:11-12).

Progress in sanctification is hastened by complete surrender, childlike faith, humility and the willingness to do whatever God reveals to be necessary. It is slowed by self-effort, unbelief, distraction from the pursuit of God and an unwillingness to do whatever it takes. It can also be hindered by perfectionism (a variant of works righteousness that is unsatisfied by partial healing) or by a transformation process that is painful or lengthy.

Progress in sanctification is hastened by complete surrender, childlike faith, humility and the willingness to do whatever God reveals to be necessary.

Another common impediment is demonic deception and the embracing of lies. This is where knowledge of the Word of God is invaluable. The Bible is a sword in the hands of the Holy Spirit (Eph. 6:17), to sanctify believers (John 17:17), to cleanse them (Eph. 5:26), to renew the mind (Rom. 12:2) and to give them hope (Rom. 15:4). It is living, active, sharp, penetrates soul and spirit and flawlessly judges the thoughts and attitudes of the heart (Heb. 4:12). The one who rejects the divine origin and entire counsel of Scripture will not get very far.

Two deceptions for which believers seem to fall the most are:
(1) the idea that temptation is sin, and
(2) the idea that they are defined (and/or condemned) by what tempts them.

The first lie is easy enough to reject on an intellectual level, but when the temptation actually invades the heart, the defilement of it can cause us to feel as though we have sinned. But the truth is that we do not sin unless we embrace the temptation and give it a place in our fantasies and actions (James 1:14-15). And should we indeed cross that line, we have the provision of grace that offers forgiveness and cleansing should we repent and ask God to deliver us and forgive us (1 John 1:9; 1 Cor. 10:13).