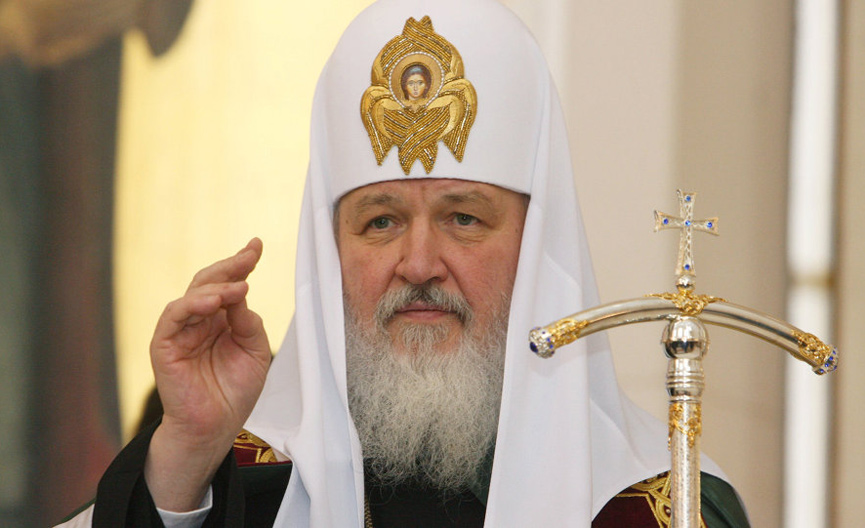 by Patriarch Kirill of Russia –
What is spiritual blindness? It is people’s inability to see into the essence of what is happening around them. It is the inability to see good and evil, to discern truth from lies.

The spiritually blind person is like a vessel in the ocean without a navigator. If the captain has no idea where the vessel is located, where it is going, where the reefs are and where the calm waters are, where it is shallow and where it is sufficiently deep, then such a vessel will most likely shipwreck. It is the same in our lives—if a person has no spiritual vision he is taking a great risk. He can choose the wrong way of life, the wrong path in life. He can join his fate with a person in whom he did not see, did not discern evil from good or good from evil.

It happened because there was no spiritual sight.

And how often this happens! How many human tragedies happen only because a young man and woman who have fallen in love and want to unite their fates were not able to recognize each others’ true inner state! Beyond the outward amicability and affectionate treatment may hide a very dangerous person, and we know that many marriages break up for this very reason. We often have to hear, “How could I not have seen it? Why did this happen?” It happened because there was no spiritual sight.

Communist evil fooled many Christians
But this does not only happen in our personal life—it also happens in the life of society, a nation. This year we remember the 100th anniversary of the bloody revolution. In those days we were also unable to make sense of it; many then also had no spiritual sight. People called themselves Christians, but they could not discern pretty words from the real essence of what was being offered, and what was being offered was violence—a change in the life of the country through death and suffering, under the pretext that life would be better.

What is there to say about the past! Don’t we make mistakes now? Aren’t we also now fascinated with pretty words and various promises? This happens in politics, and in the media, when people are drawn in by certain false ideas. They create for themselves idols, they are ready to obey them and do as the idols teach them. The result is human tragedy, conflicts, and disappointment—not to mention such terrible consequences as total life catastrophes, when people don’t have the strength to live, and not having faith within their hearts, they even take their own lives.

Who can give us this sight? No one but God.

The lack of spiritual sight is a catastrophe
The lack of spiritual sight is a catastrophe; it is danger on an enormous scale for the person, for society, for the nation. Who can give us this sight? No one but God. Very often when you go for confession to an elder, a person of holy life, you sense that he can feel and understand your inner life. It would seem that you didn’t tell him anything in particular, but just looking at you he sees, understands, and feels. This cannot be simply called intuition, because such a person’s sight is strictly connected with his manner of life, his faith, his closeness to God.

When we grow in faith, when we obtain the habit of prayer, when we know how to talk with God, when we entrust our innermost thoughts and feelings to Him, when we repent before Him like we can’t repent even before our father-confessor, when we do not feel a dividing wall between ourselves and God, then the Lord opens our inner spiritual vision, each according to the measure of his faith and closeness to God.

It is hard to fathom the spiritual sight that holy people possess. But even an ordinary person with no claims whatsoever to sanctity is capable of coming closer to God through his personal spiritual experience, so that his inner spiritual eyes are opened. So that he would suddenly see very much from another point of view. So that he would develop a stable, critical relationship to the huge amount of information that is crashing down on people today; to those words that sometimes draw us in, but lead not to the light, not to truth, not to a happy life, but to spiritual destruction.

Spiritual sight is the trusty navigator for living a full life without falling into extremes, and without placing your life in danger.