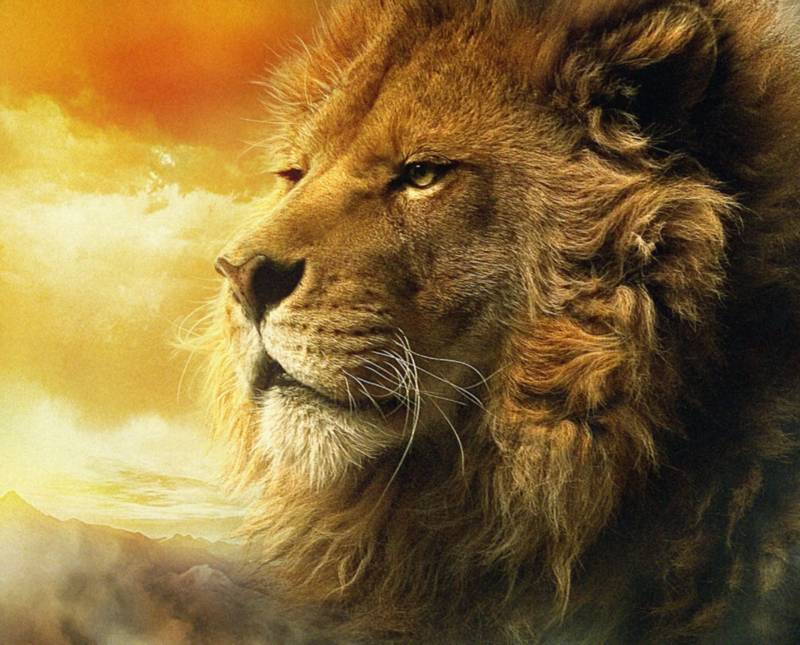 Lewis discusses animal immortality in Chapter 9 of his book The Problem of Pain, in which he discusses the theological issues involved in animal suffering. Lewis asks the question of how we can reconcile God’s justice with the pain of innocent creatures who can neither benefit from nor understand their suffering, and finds no answer in this world. Therefore, he ventures forth to consider the mystery of animal immortality and how it might work.

Lewis jokes that he has been warned, presumably by his colleagues in academia, that expressing theories about animal immortality will put him in “the company of old maids” – in other words, saddle him with the stigma of sentimentality. Lewis defends the value and intelligence of old maids, states that he has no objection to their company, and then proceeds to present his ideas on the topic: “The complete silence of Scripture and Christian tradition on animal immortality is a more serious objection,” he says. However, this silence does not mean it is not true. God simply does not reveal any information to us about the purpose or destiny of the animals: “…the curtain has been rent at one point, and one point only, to reveal our immediate practical necessities and not to satisfy our intellectual curiosity.”

Animal immortality connected with a sense of self
Lewis explains that immortality would have no meaning to a newt if the newt had no sense of self. However, a higher animal with some awareness of self might benefit from continued existence after death. There has to be something of an individual entity there in order to have something to continue. Lewis conjectures that as Man is understood by his relation to God, perhaps beasts can be understood by their relation to Man, and through Man, to God. In opposition to the naturalist view that the taming of animals is interfering with their rightful natural state, Lewis presents an alternative view of the relationship between human and beast:

“Man was appointed by God to have dominion over the beast, and everything a man does to an animal is either a lawful exercise, or a sacrilegious abuse, of an authority by Divine right. The tame animal is therefore, in the deepest sense, the only ‘natural’ animal—the only one we see occupying the place it was made to occupy…”

certain animals may have an immortality, not in themselves, but in the immortality of their masters

Animals receive sense of self through contact with humans
Lewis believes that animals receive a sense of self or personality from association with their human masters. We give our pets names and they answer to those names (hopefully), and perhaps recognize themselves by them. “If a good sheepdog seems ‘almost human’ that is because a good shepherd has made it so,” says Lewis. Lewis suggests, acknowledging that he is going out on a theological limb, that animals “attain a real self in their masters in a sense similar to the way human attain real life in Christ.” “And in this sense,” suggests Lewis, “it seems to me that certain animals may have an immortality, not in themselves, but in the immortality of their masters.”

The picture of the good man/dog relationship, admits Lewis, is an ideal one. It does not explain the destinies of wild animals or of badly treated domestic animals. But in his view, this is the natural relationship between man and beast, the relationship that would be normal in an uncorrupted world.

Immortality for wild beasts?
Lewis admits that immortality may seem like a rather clumsy solution to the problem of animal suffering. Even if animals that suffer pain in the wild or ill treatment by humans are granted happy pastures in an afterlife, this sort of compensation does not seem quite worthy of a just God who might have prevented the suffering to begin with. But if, he suggests, animals naturally receive immortality through a relationship with man, it is not necessarily an injury/compensation system at all, but rather, the natural way the system is designed to work: “…part and parcel of the new heaven and new earth, organically related to the whole suffering process of the world’s fall and redemption.”

Animals that have enjoyed a positive personal relationship with a human, Lewis believes, have a better theological chance at immortality.

Lewis says however, that his theory does not allow him to believe that many animals in the wild state attain a self that is sufficient to achieve immortality. However, it may be God’s pleasure to endow beasts with qualities such as courage or humility that can survive into eternity. Even if such is the case, Lewis believes that the animals’ immortality would somehow relate to the value humans place on it for certain perceived spiritual values that it embodies.

Hope for animal immortality
Lewis readily admits that all of this is guesswork: “When we are speaking of creatures so remote from us as wild beasts, and prehistoric beasts, we hardly know what we are talking about.” For all we know, these beasts have a corporate self: it will not be the individual lion that survives, but some sort of “Lionhood” that will enter into eternal life. This surviving entity may be something that is simply beyond the scope of our corporal understanding. Animals that have enjoyed a positive personal relationship with a human, Lewis believes, have a better theological chance at immortality.

So we just don’t know for sure whether our dog went to heaven, but scripture does not deny the possibility, and C.S. Lewis gives us some imaginative ideas to give us hope that we may see Bruno again, running toward us across a green field in Paradise, tail wagging.

4 thoughts on “Animal Immortality: Do Animals Go to Heaven?”