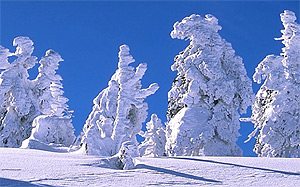 Proponents of what is known as “anthropogenic global warming” theories, which claim that human activity is to blame for alleged warming, have long warned that increasing levels of carbon dioxide in the atmosphere would lead to “catastrophic” warming. The problem is that even based on data gathered by the planet’s premier climate alarmists — the U.K. Met Office, for example, or various U.S. agencies — shows that global warming stopped more than a decade and a half ago, as The New American reported last year. Now, a leaked version of the upcoming UN Intergovernmental Panel on Climate Change (IPCC) report highlighted in the media suggests that the global body’s “climate scientists” are struggling hard to publicly explain the lack of warming they predicted with such confidence. Among the possible explanations offered by the UN’s supposed experts: “ash from volcanoes,” a “decline in heat from the sun,” or more heat being “absorbed by the deep oceans,” according to news reports.

global warming stopped more than a decade and a half ago

Apparently, however, the draft UN report, set to be released over the next year, does allow for the possibility that the climate is not as “sensitive” to CO2 as the alarmists and their now-debunked models expected. Still, a spokesperson for the IPCC quoted in the government-funded BBC — long criticized for pushing the climate “hoax” despite real evidence — warned the public not to pay attention to the leaked draft because “it is guaranteed it will change” before being officially released. Scientists and experts who have worked on the UN body have told The New American over a period of years that the IPCC is only interested in pushing climate hysteria, regardless of what the facts show.

Of course, CO2, a natural gas exhaled by humans and fundamental to life on earth, has long been vilified by UN climate alarmists as a “pollutant.” Despite the well-known fact human emissions of the gas make up just a fraction of one percent of the greenhouse gasses present naturally in the atmosphere, supporters of man-made global-warming theories insist that humanity must, under UN guidance, destroy the economy to reduce emissions and stave off alleged disaster.

increased levels of CO2 has not led to the “expected” warming

However, with the latest data suggesting that increased levels of CO2 has not led to the “expected” warming, experts say it is time for the UN and its cohorts to re-think their controversial theories. Even the mainstream press in some countries — longtime bastions of climate alarmism — has finally started to report on the potential for global cooling. Denmark’s Jyllands-Posten, for example, ran an explosive article on August 7 about the lack of warming over the last 15 years featuring experts who suggested the earth may actually be entering another “little ice age.”

Reminding readers that the most recent ice age ended just over a century ago, the article was headlined “The behavior of the sun may trigger a new little ice age.” Among other experts, the piece quoted Irish solar specialist Ian Elliott, who warned that “we may be on the path to a new little ice age,” very low solar activity, and “some very cold winters.” Danish astrophysicist Henrik Svensmark, meanwhile, explained that from the 1940s to about the turn of the century, “we have had the highest solar activity in 1000 years.” The last time the sun was so active, Svensmark added, was during the Medieval Warm Period, which climate alarmists consistently downplay or ignore because it does not fit with their “theories.”

“This could mean that the temperature will not rise for the next 30 years or maybe begin to decrease,” the expert continued, adding that “many of the climate models used by IPCC and others overestimate the influence of CO2 and underestimate the influence of the sun.” As far as the upcoming IPCC report goes, Svensmark said the UN body “is very one-sided,” so he does not believe there will be “anything reasonable in the next report.” The prominent Danish astrophysicist concludes by noting that despite claims about the ocean absorbing the supposed global warming, “several thousand buoys put into the sea to measure temperature haven’t registered any rise in sea temperatures.”

NOAA (2012): last year was among the coldest so far this century

Earlier this month, meanwhile, the U.S. National Oceanic and Atmospheric Administration (NOAA) released its “State of the Climate in 2012” showing that last year was among the coldest so far this century. According to analysts, despite the government agency’s wildly misleading attempts to spin the findings and drum up unwarranted hysteria, the data actually confirm that the globe has stopped warming for the last 15 years. The report also exposes the bogus “climate models” that predicted major warming based on increasing CO2 levels as wrong, which credible scientists have been arguing all along.

“The stagnation of the last 15 years defies all computer model projections, thus confirming that the models all exaggerated CO2 climate sensitivity,” explained prominent climate skeptic Pierre Gosselin, who was educated in mechanical engineering but now spends time ripping apart climate hysteria. “In order for the models to be correct, the global temperature over the last 6 years would have to be 0.2 to 0.3°F warmer.”

Despite those inconvenient and embarrassing truths, Gosselin suspects that NOAA and other U.S. agencies like NASA will soon start trying to “readjust” the data to make it say what they need. “Such dubious (and perhaps criminal) manipulation of data has long since become NASA’s ‘scientific’ approach over the recent years,” he said. “It kind of reminds us of the days when Stalin tried to change history by cutting and pasting photos.”

Already, in an apparent effort to save face — and perhaps huge amounts of taxpayer funding — NOAA was caught using cherry-picked “scattered weather anecdotes” as “evidence” that the globe is warming. “If you think scientists just couldn’t get any more incompetent, then think again,” Gosselin continued in his report demolishing the government’s bogus claims. “NOAA scientists even appear to believe that cold events are now signs of warming. It includes expanding Antarctic sea ice as evidence the globe is warming.” Indeed, NOAA cited record high levels of sea-ice cover in Antarctica in its report.

the IPCC is only interested in pushing climate hysteria, regardless of what the facts show.

As if all of that was not embarrassing enough, fear-mongering climate alarmists like President Obama have been threatening Americans and humanity with increased hurricanes and tornadoes due to “global warming.” Between calls for more power and money, UN bosses have also been shrieking about the alleged “extreme” weather supposedly caused by human emissions of CO2. Recent data, however, has left AGW proponents with egg on their faces once again.

According to the latest records on tornadoes in the United States, the nation is currently in the midst of what one prominent analystreferred to as a “tornado drought,” setting a new record for the last 60 years. For hurricanes, which alarmists have also claimed would increase in frequency and severity, the situation is similar. Analysts say Obama’s term in office has seen the lowest number of hurricanes making landfall of any U.S. president. It has been eight years since a major one struck the United States.

While the facts and data continue to make a mockery of UN theories and tax-funded climate alarmism, that does not mean that officials plan to stop the fear mongering anytime soon. Indeed, the Obama administration and its front groups such as “Organizing for Action” are hyping the discredited hysteria to unprecedented heights, engaging in what amounts to an attempted witch-hunt against so-called “climate deniers.”

It appears to analysts and serious scientists as though, after squandering billions in taxpayer money and putting its credibility on the line pushing the “climate scam,” the establishment is not yet ready to abandon its largely discredited theories. Once humanity realizes that the justifications for higher taxes, more regulations, increased government power, and the erosion of liberty and national sovereignty around the world are crumbling, it will be much harder to push similar efforts in the future.