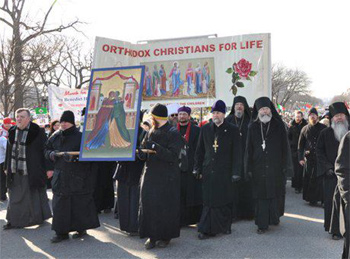 by The Editors –
At a religious event often dominated by massive presence of Roman Catholics, members of the Eastern Orthodox Church played a more visible role in this year’s March for Life than ever before. For the first time, the opening prayer in front of the Supreme Court was offered by His Eminence Jonah (Paffhausen), Metropolitan of All America and Canada for the Orthodox Church in America (OCA), as well as Roman Catholic prelates Daniel Cardinal DiNardo and Cardinal-designate Timothy Dolan.

“We are of one heart and one purpose,” he said as he chanted a litany of life before hundreds of thousands of marchers.

The Metropolitan was joined by several of his brother bishops, including Bp. Melchizedek of Pittsburgh, Bp. Matthias of Chicago, and Bp. Michael of New York. At least 15 priests were in his company alone. Several individual representatives of the Carpatho-Russian Orthodox, Greek Orthodox, and Antiochian Orthodox Churches also participated.

“The nation should respect life from conception until the moment the person naturally takes his last breath,” Met. Jonah told LifeSiteNews.com. The Orthodox Christian Church, the world’s second largest Christian denomination, dogmatically teaches that life begins at conception and that abortion is a grave sin.

He said throughout the year the faithful should remind women who have had an abortion “that forgiveness and healing are available to them. They should support ministries that care for pregnant women by, for instance, founding crisis pregnancy centers. That is the kind of ministry that will bring an end to abortion in this nation,” he said.

He instructed parishes of the OCA to insert prayers for the end of abortion into one of the church’s litanies on January 22, which the OCA proclaimed “Sanctity of Human Life Sunday.”

Fr. Chad Hatfield told LifeSiteNews.com said he had only one disappointment. “I hope next year we have a greater participation from other Orthodox jurisdictions,” he said, particularly other bishops.

Some churches refused to participate on the grounds that the March for Life is a political event. But one Orthodox Christian at the march told LifeSiteNews, “It is not political; it is a religious testament to our faith. We say the same things to Republicans as we do to Democrats.”

The Eastern Church has been active in the pro-life movement for decades. Archpriest John Kowalczyk, the co-founder of the Orthodox Presence at the March for Life, said in a statement, “For over 25 years, Orthodox Christians from throughout the country have gathered in the nation’s capital to show their dismay for the millions of children who have been aborted since the infamous decision of Roe v. Wade. This March for Life Movement has united many Christians of all denominations on the principle, of what Saint Gregory of Nyssa says, ‘Life begins at conception.’”

Metropolitan Jonah said he believes pro-life activism and defending the culture of life will increasingly become vehicles for practical cooperation with fellow Christians. In the process, it is bringing the little-known church into national exposure. Fr. Kowalczyk said, “The Orthodox presence in this March has inspired other Christians to view Orthodoxy not simply as an ethnic identity, but a Church with a moral teaching.”

Members of the Orthodox Church took part in pro-life events far outside the nation’s capital, as well. At the West Coast March for Life, Fr. Aris Metrakos, protopresbyter of San Francisco’s Holy Trinity Greek Orthodox Church, gave the invocation. “Abortion-on-demand has shredded the moral fabric of our society by encouraging promiscuity, obliterating the notion of personal responsibility and accountability, and making selfishness a legal right,” he said. “It makes a mockery of men’s honor and the medical profession’s nobility, while exposing the duplicity and opportunism of the majority of the political class.” 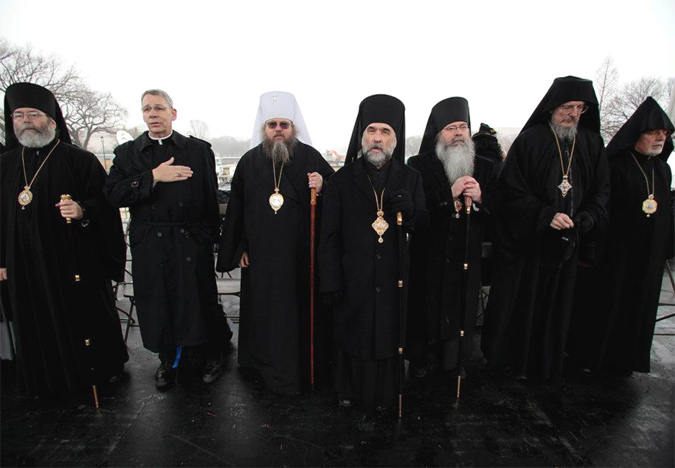 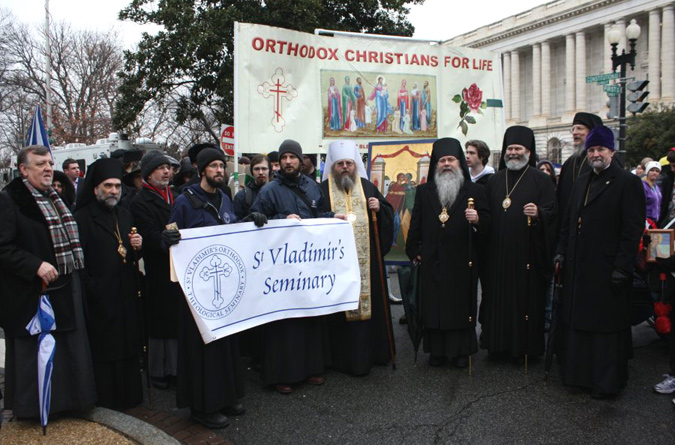