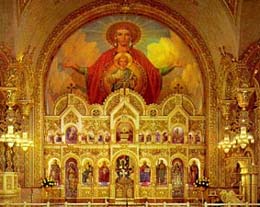 I came to Orthodoxy in 2006, a broken man. I had been a devoutly observant and convinced Roman Catholic for years, but had my faith shattered in large part by what I had learned as a reporter covering the sex abuse scandal. It had been my assumption that my theological convictions would protect the core of my faith through any trial, but the knowledge I struggled with wore down my ability to believe in the ecclesial truth claims of the Roman church (I wrote in detail about that drama here). For my wife and me, Protestantism was not an option, given what we knew about church history, and given our convictions about sacramental theology. That left Orthodoxy as the only safe harbor from the tempest that threatened to capsize our Christianity.

In truth, I had longed for Orthodoxy for some time, for the same reasons I, as a young man, found my way into the Catholic Church. It seemed to me a rock of stability in a turbulent sea of relativism and modernism overtaking Western Christianity. And while the Roman church threw out so much of its artistic and liturgical heritage in the violence of the Second Vatican Council, the Orthodox still held on to theirs. Several years before we entered Orthodoxy, my wife and I visited Orthodox friends at their Maryland parish. As morally and liturgically conservative Catholics, we were moved and even envious over what we saw there. We had to leave early to scoot up the road to the nearest Seventies moderne Catholic parish to meet our Sunday obligation. The contrast between the desultory liturgical proceedings at Our Lady of Pizza Hut and what we had walked out of in the Orthodox parish down the road literally reduced us to tears. But ugliness, even a sense of spiritual desolation, does not obviate truth, and we knew we had to stand with truth – and therefore with Rome – despite it all.

If Catholicism in America had been healthy, maybe we could have held on through the sex abuse trials. But my wife and I had been worrying for some time how we were going to raise faithful Christian children given the loosey-goosey moral teaching in Roman parishes. We considered ourselves orthodox Catholics, meaning we really believed what was in the Catechism, and struggled to live by it. We failed – everybody fails – but the point is, we looked to the church to provide clear moral leadership, and to help us live out the faith with integrity and joy. Here’s the problem: there is very little orthodoxy in the U.S. Catholic Church, and at the parish level, almost no recognition that there is a such thing as “right belief.” It wasn’t that I wanted to throw out all those who don’t live up to Catholic teaching – I would have been the first one shown the door if that had been true – but that I discerned no direction, and no real conviction that parish communities exist for any reason other than to affirm ourselves in our okayness. Though I didn’t have a term to describe it at the time, I was weary to the bone from an ersatz form of Christianity that sociologist Christian Smith calls “Moralistic Therapeutic Deism.” I had been so hollowed out by despair over all this as a Catholic that when the strong winds of the abuse scandal began to blow, the structure of my Catholic belief did not stand.

I say all this not to disparage the Roman Catholic Church – which I still love, and to which I cannot be grateful enough for introducing me to ancient, sacramental Christianity – but to show why Orthodoxy was so attractive to me. When I interviewed him for my book “Crunchy Cons,” my friend Hugh O’Beirne, a convert from Catholicism to Orthodoxy, told me that for a Catholic wearied by the culture wars raging inside American Catholicism, it is blessed relief to find that in Orthodoxy, there is no “war footing.” The kinds of issues that are tearing apart many other American churches aren’t nearly as contentious in Orthodox practice. Though it would be foolish to pretend these conflicts don’t exist in Orthodox parishes, they simply aren’t nearly as much of an issue.

And then there is the liturgy and music. There is nothing comparable to it in other churches. It is overwhelmingly beautiful and deep, and is largely the same Divine Liturgy (though in the vernacular tongue) that St. John Chrysostom, the 5th century patriarch of Constantinople, formalized. The beauty of that liturgy is utterly transporting, and the reverence it inspires is tonic. And while I miss familiar old hymns (in Orthodox services, we chant prayers and Psalms), there’s a lot to be said for never having to endure “On Eagle’s Wings” and other shag-carpeted hymnody endemic to modern American Catholic worship. 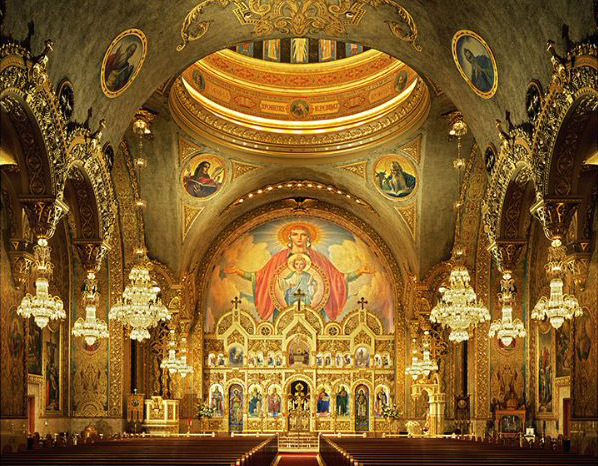 The main reason why Orthodoxy is so attractive to converts, at least to this convert, is its seriousness about sin. I don’t mean that it’s a dour religion – it is very far from that! – but rather that Orthodoxy takes the brokenness of humankind with appropriate seriousness. Orthodoxy is not going to tell you that you’re okay. In fact, it will require you to call yourself, as St. Paul described himself, the “chief of sinners.” And Orthodoxy is going to tell you the Good News: Jesus died and returned to life so that you too might live. But in order to live, you are going to have to die to yourself, over and over again. And that will not be painless, and cannot be, or it’s not real.

Because of that, for all its dramatic beauty and rich feasting, Orthodoxy is far more austere and demanding than most American Christianity. The long liturgies, the frequent prayers, the intense fasts – all make serious demands on the believer, especially comfortable middle-class Americans like me. They call us out of ourselves, and to repentance. Orthodoxy is not interested in making you feel comfortable in your sins. It wants nothing less than for you to be a saint.

It’s common among American converts to hear that men were first attracted to Orthodoxy, and their wives followed. It’s not hard to see why. Many men are tired of a soft, bourgeois Christianity that doesn’t call them to much because it doesn’t ask much of them. Men love a challenge, and that’s exactly what Orthodoxy gives them.

Don’t be misled. Orthodoxy is not, at its core, about rules and practices. The more I progress in my Orthodoxy, the clearer it is to me that Orthodoxy is, above all, a way. It is not an institution, a set of doctrines, or a collection of rituals, though it contains all three. It is rather a way of seeing the world, and one’s place in it, and a map to holiness that is paradoxically both ancient and astonishingly fresh, at least to Western sensibilities. It is the way of liberation.

True, it is possible to find dreary parish life in American Orthodoxy, often among the ethnically-oriented older parishes that see themselves as little more than the tribe at prayer. And because Orthodox churches are full of ordinary American people, they are also filled with ordinary American problems. Anyone who comes to an Orthodox church expecting perfection will be disappointed. What you will find, though, is truth and beauty presented in a way that can be breathtaking to modern Americans, and an ancient Way grounded on doctrinal stability, sacramental reality, and practical Christian mysticism – a mysticism that has been marginalized in most other American churches.

I found in Orthodoxy what I thought I would find when I became Catholic. As my patron saint in Orthodoxy, I chose St. Benedict of Nursia, dear to both churches, and a sign of the unity we used to have, and that we might yet have again. The Catholic church needs to be more orthodox, and the Orthodox church needs to be more catholic. I pray, I really pray, that I will live to see that unity return. Until that time, though, I am grateful to God that He gave me a second chance in Orthodoxy, and showed me the Way I had been searching for all my life. When I first came in the door, a spiritually broken mess, I thought it would be impossible for me to learn to endure these long liturgies, this intense prayer, these prostrations, the strict fasting, and – how to put this? – the weirdness of Orthodox Christianity in an American context. Five years on, I can’t imagine how I ever lived without it. You can’t read your way into Orthodoxy. You have to come and see for yourself.

Rod Dreher is a writer in Philadelphia.