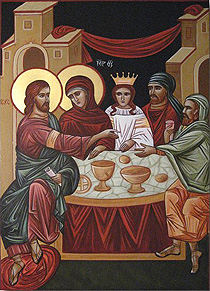 by Deacon Keith Fournier –
The Gender Identity Movement demands the recognition of a ‘right’ to choose one’s gender and laws which accommodate, fund, and enforce such a ‘right’

The “Gender Identity Movement” is dangerous. It is a part of a broader Cultural Revolution which substitutes an entirely different view of the dignity of the human person, human freedom, human flourishing, human sexuality, marriage and the family and the moral basis of a free society than that which formed Western Civilization. […]

In the first chapter of the Apostle Paul’s Letter to the Christians of Rome he writes of a progressive moral corruption which can occur to people who “while claiming to be wise become fools.” St. Paul pulls no punches saying of such people that they “exchanged the truth of God for a lie.” He also addresses the consequences of their immoral choices and actions.( Romans 1) In this strongly worded admonition, the Apostle is quite clear in affirming the early Church’s rejection of homosexual practices in a list of debased behaviors which grow out of moral corruption.

Anyone who maintains that there is no reference to the rejection of homosexual practices in the Bible has to remove this entire chapter and many other biblical references. They must also get rid of early Church documents which uniformly condemn homosexual practices. Paul refers to these behaviors as resulting from “degrading passions”. He details what happened as a result, “their females exchanged natural relations for unnatural, and the males likewise gave up natural relations with females and burned with lust for one another. Males did shameful things with males and thus received in their own persons the due penalty for their perversity.” (Romans 1:26, 27)

“But the lawsuit, filed by the Transgender Legal Defense and Education Fund in state Supreme Court on behalf of three residents, said many transgender people cannot afford the surgical procedures. Instead, a note from a doctor verifying someone’s transgender status should be sufficient, it said. The requirements mean many transgender people cannot get up-to-date or usable identification, Lewis said.”This subjects them to harassment and discrimination. They can be laughed at or turned away doing everyday transactions like going to the DMV (the Department of Motor Vehicles) or applying for jobs,” he said.

“One of those suing the city, Joan Prinzivalli, said she would like to get the surgery the city requires to prove she is female but she is unable to for health reasons. “This policy is unfair to me and to other transgender people who just want IDs that match who we are,” she said. City attorney Gabriel Taussig said the Health Department would review the group’s concerns. “We are very sympathetic to the petitioners’ concerns and recognize that this is a complex issue,” he said.

Lest the reader think that this kind of transgender activism is an isolated event, an article out of Mercatornet, an Australian based publication dealing with global cultural issues, recently featured an article written by Babette Francis, the National and Overseas Co-ordinator of Endeavour Forum Inc., a pro-life, pro-family NGO which has special consultative status with the Economic and Social Council of the UN. The article, entitled “Gender bending: let me count the ways” reveals that gender identity activists have pushed the Australian Human Rights Commission to recognize 23 “genders.”

“Enter the Australian Human Rights Commission with some exciting new developments. In an extraordinary document entitled “Protection from discrimination on the basis of sexual orientation and sex and/or gender identity“, the AHRC has come up with a further list of “genders” which they require us to recognize, and on whose behalf they want our federal government to pass anti-discrimination legislation. To date (by the time you read this, the AHRC’s family of sexualities may have increased and multiplied) these are: transgender, trans, transsexual, intersex, androgynous, agender, cross dresser, drag king, drag queen, genderfluid, genderqueer, intergender, neutrois, pansexual, pan-gendered, third gender, third sex, sistergirl and brotherboy. (No, I don’t know what “neutrois” means).

“So if we add these genders to the LGBTQ list we get 23 in all, not to mention the divisions within the transgendered group. For PR purposes, however, the “gendered” community now identifies itself as LGBTQI (the “I” stands for “intersex”.) Rather than abbreviating I think they should add all the other letters of the alphabet, then we would all feel protected and not discriminated against. Being Indian by birth and having married an Australian of Anglo-Celtic origin, I am all for diversity, but I am not going to commit to “neutrois” until someone tells me what it means. Once the government passes proposed legislation, presumably businesses will be required to provide designated toilets for each gender, and Equal Opportunity Gender Identity (EOGI) units will ensure compliance with federal legislation.”

The article should be read by anyone interested in where this is all headed unless sane people rise up, expose and oppose it. Ms. Francis mentioned the gender identity movement in Canada “where Bill C-389 protecting Gender Identity and Gender Expression in the Canadian Human Rights Act is being fast-tracked through the House of Commons.” The operative word is “gender.”  The cultural revolutionaries are intent on redefining the term and then, using the Police Power of the State, insist that people have a new “right” to choose their gender and change their mind at their own whim. This is a part of the new definition of “freedom” in what is nothing less than a Cultural Revolution.

Babette Francis mentions a leading book in the gender identity movement, “Trans People in Love”, co-edited by Katrina Fox, an Australian activist, who “wrote an emotive piece for the Australian Broadcasting Commission recently entitled “Marriage needs redefining.”  In it she insists that all the “gender boundaries” surrounding marriage must be removed. “A more inclusive option,” she begins, “is to allow individuals to get married whatever their sex or gender, including those who identify as having no sex or gender or whose sex may be indeterminate.” This is where the effort to redefine marriage is all headed.

In this whole mix we also face the growing activism being undertaken by people who undergo what are euphemistically referred to as “Sex Change” or “Gender Reassignment” surgeries. Though those who actually suffer from “Gender Identity Disorder” (GID) deserve empathy, the facts remain; no such surgery can accomplish a change of gender or sexual identity. In effect, they just mutilate the body and destroy the bodily integrity of the person. Every single human cell contains chromosomes which identify whether we are male or female. That cannot be changed. It is a given. In fact, it is a gift.

In a culture where “freedom” is redefined as a “right” to choose anything and liberty has degenerated  into license, the “newspeak” of the age calls the instrumental use of the body of another “sexual freedom”. Sadly, the same spirit of the age fails to recognize the integral unity of the human person, body, soul and spirit, and has turned the human body into a machine with parts which can be interchanged.

Removal of genitals and attachment of artificial ones absolutely incapable of ovulation or conception, in the case of a “transsexual” male who tries to be a woman, or the generation of sperm, in the case of a “transsexual” woman trying to be a man, does not change reality. The removal constitutes mutilation and the construction of artificial organs with no reproductive function does not alter the gender or sex of the person. Medical science confirms that our identity as male or female affects even our brains. In addition, even the physical appearance must be sustained by massive doses of synthetic hormones.

In 2002 the Congregation for the Doctrine of the Faith of the Vatican issued a letter sent without public release to every Bishop. It clearly stated that such surgical procedures do not alter a person’s gender and that in no circumstance are baptismal records of such individuals who have undergone them to be altered. Further, the document made clear that no one who has undergone such a surgery is eligible to marry, be ordained to the priesthood or enter the religious life.

At the time the letter was sent from Rome, Bishop Wilton D. Gregory of Belleville, Ill., was the President of the U.S. bishops’ conference. He sent a letter to all US Bishops in which he wrote “The altered condition of a member of the faithful under civil law does not change one’s canonical condition, which is male or female as determined at the moment of birth.”

The “Gender Identity Movement”, which demands the recognition in the positive law of a “right” to choose one’s gender and laws which accommodate, fund, and enforce such a “right” is dangerous. Those who are involved in the activist wing of the movement seek to compel the rest of society to recognize their vision of a brave new world or face the Police Power of the State. It is a part of a broader Cultural Revolution which substitutes an entirely different view of the dignity of the human person, human freedom, human flourishing, human sexuality, marriage and the family and the moral basis of a free society than that which formed Western Civilization.

1 thought on “Exchanging the Truth of God for a Lie: Transgender Activists, Cultural Revolution”