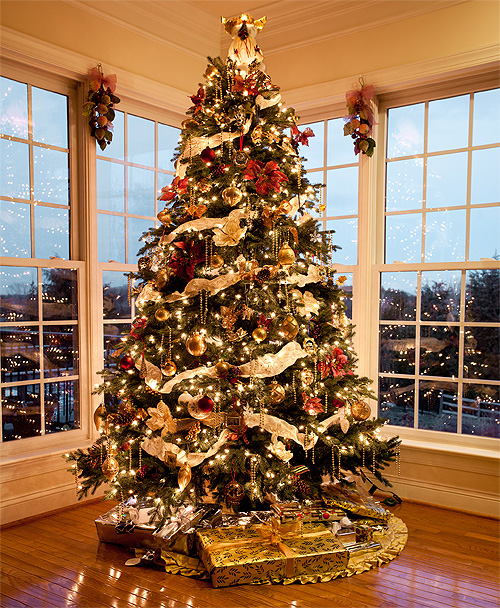 Several years ago during the Christmas season, a religious program on television caught my attention. The program featured a discussion on the dangers of cults, especially to young people. I found myself agreeing with the panelists as they warned young people about the hazards of involvement in occult or “new age” spirituality.

During the interview, however, one participant made a statement that shocked me: “…and the Christmas tree is pagan too…,” he asserted. The Christmas Tree? Pagan? Could it be that something most of us enjoy so much might be actually pagan in origin? Despite its growing commercialization, the Christmas tree is still associated with the fondest memories of our early childhood. Who does not remember approaching the tree on Christmas morning?

Today people are so captivated by it that some even put it up in November! It finds a place in the homes of believers and unbelievers alike.

The Christmas tree does not date from early Germanic times. Its origins are to be found in a tradition that has virtually disappeared from Christianity, the Liturgical Drama. In the Middle Ages liturgical plays or dramas were presented during or sometimes immediately after the services in the churches of Western Europe. The earliest of these plays were associated with the Mysteries of Holy Week and Easter. Initially they were dramatizations of the liturgical texts. The earliest recorded is the Quem quaeritis (“Whom do you seek?”) play of the Easter season. These plays later developed into the Miracle and Morality plays. Some were associated with events in the lives of well-known saints. The plays were presented on the porches of large churches. Although these liturgical dramas have now virtually disappeared, the Passion Play of Oberammergau, Germany is a recent revival of this dramatic form.

One mystery play was presented on Christmas Eve, the day which also commemorated the feast of Adam and Eve in the Western Church. The “Paradise Play” told the well-known story of Adam and Eve in the Garden of Paradise. The central “prop” in the play was the Paradise Tree, or Tree of Knowledge. During the play this tree was brought in laden with apples.

The Paradise Tree became very popular with the German people. They soon began the practice of setting up a fir tree in their homes. Originally, the trees were decorated with bread wafers commemorating the Eucharist. Later, these were replaced with various kinds of sweets. Our Christmas tree is derived, not from the pagan yule tree, but from the paradise tree adorned with apples on December 24 in honor of Adam and Eve. The Christmas tree is completely biblical in origin.

The first Christmas tree dates from 1605 in Strasbourg. By the 1700s the custom of the Christmas tree was widespread among the German people. It was brought to America by early German immigrants, and it became popular in England through the influence of Prince Albert, the German husband of Queen Victoria.

The use of evergreens at Christmas may date from St. Boniface of the eighth century, who dedicated the fir tree to the Holy Child in order to replace the sacred oak tree of Odin; but the Christmas tree as we know it today does not appear to be so ancient a custom. It appears first in the Christian Mystery play commemorating the biblical story of Adam and Eve.

How legitimate is it to use a fir tree in the celebration of Christmas? From the very earliest days of the Church, Christians brought many things of God’s material creation into their life of faith and worship, e.g., water, bread, wine, oil, candles and incense. All these things are part of God’s creation. They are part of the world that Christ came to save. Man cannot reject the material creation without rejecting his own humanity. In Genesis man was given dominion over the material world.

“The Word became flesh and dwelt among us.”

Christmas celebrates the great mystery of the Incarnation. In that mystery God the Word became man. In order to redeem us, God became one of us. He became part of His own creation. The Incarnation affirms the importance of both man and the whole of creation. “For God so loved the world…”

A faith which would seek to divorce itself from all elements of the material world in search for an absolutely spiritual religion overlooks this most central mystery of Christmas, the mystery of God becoming man, the Incarnation.

“The Word became flesh and dwelt among us.” 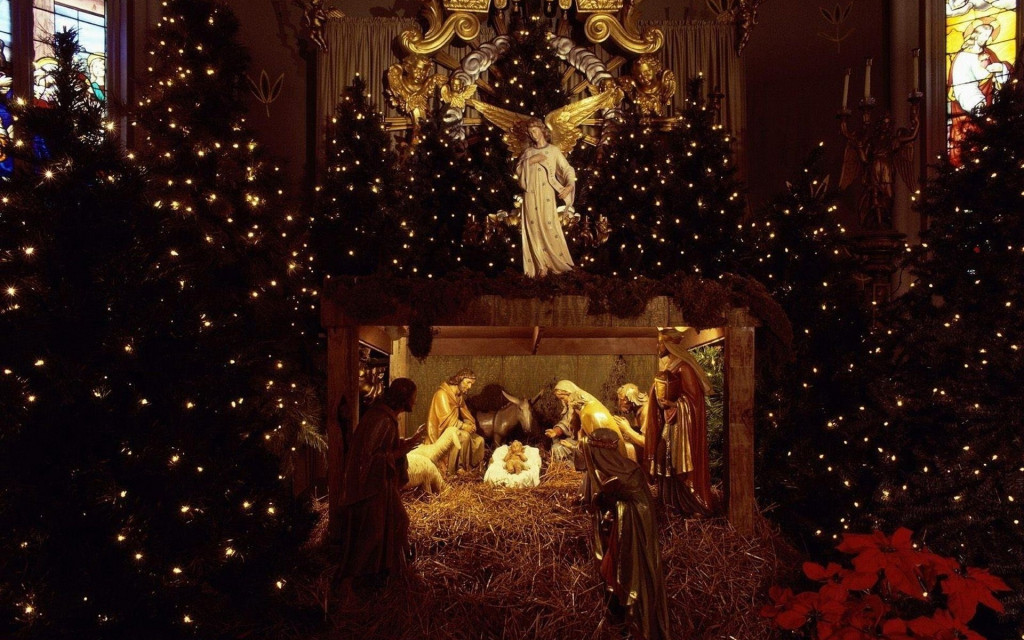