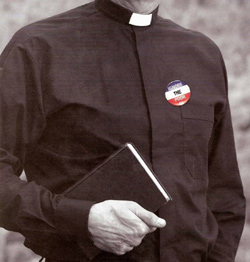 A campaign postcard the Minnesota Democratic Party sent to voters in the Midwestern state is causing a strong reaction from pro-life advocates. It claims the Catholic Church is more concerned with abortion than helping the poor. The postcard features a large photo of a older but faceless Catholic priest holding a Bible and wearing the clearly-seen Roman Catholic collar.

The priest sports a campaign button in a red, white and blue motif with the words, “Ignore the Poor.”

The ad, in the estimation of National Catholic Register writer Matt Archbold is blatantly anti-Catholic and meant to tell voters the Catholic Church is more concerned about abortion than the plight of the poor.

“But this postcard has nothing to do with the poor. What this is about is the fact that the Church stands strong against abortion and gay marriage. And that makes some very angry,” he explained.

“One of the more worrisome things about this is that this group must believe that there’s enough of an anti-Catholic vote that this would pay dividends. Could that be true?” he said.

“Never mind the factual basis the charge that the Church ignores the poor is absolutely ridiculous because the Church is the most charitable organization on the planet,” he continued.
Ray Marshall of the Northland Catholic blog originally noted the postcard.

He said the DFL in Minnesota is “probably composed of the most radical of the DFL activists (I actually heard at one convention one candidate being asked, “What is your position on abortion and how radical are you?”).”

“I don’t know how many were sent out, but this was received by a Catholic in the Twin Cities. It shows the willful ignorance of Democrats by ignoring what Catholic Charities, the many thousands of Catholic parishes with social justice ministries,” he added. “Is this intended to bring out the Catholic progressive vote? Or those who hate Catholics?” 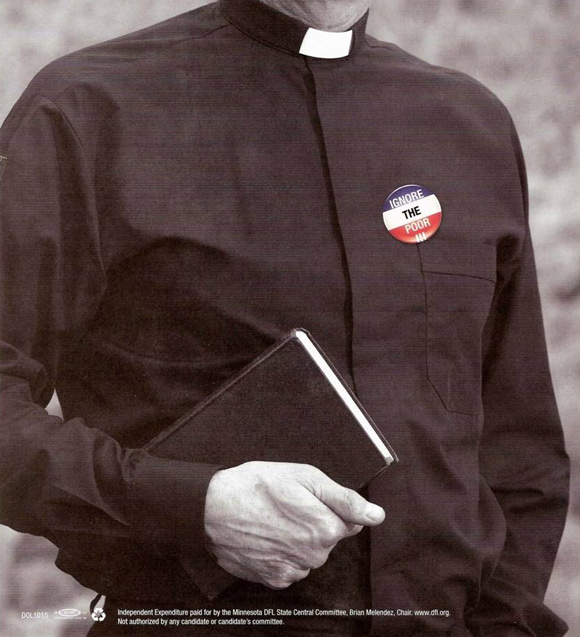