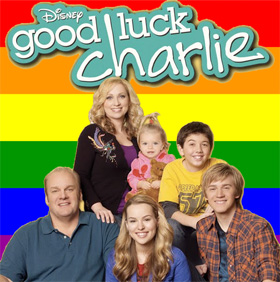 Liam Neeson is the voice of Aslan the Lion in the new 3-D Narnia film, “Voyage of the Dawn Treader.” He’s got a great voice for the role. Neeson is even from the North of Ireland, the same area from which C.S. Lewis, the beloved Christian author of The Chronicles of Narnia hailed.

But actor Neeson is facing hail of a different kind — a hail of criticism. That’s because of his politically correct comments about Aslan. Neeson told interviewers that Aslan should not be interpreted narrowly and exclusively as an allegory of Jesus Christ. Aslan might also be seen, Neeson said, as representing other religious leaders, such as Mohammed or Buddha.

This is the reason that Hollywood so often is linked to the Looney Left! [Read more…] 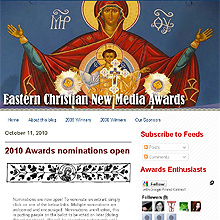 Nominations are now open for the best Orthodox blogs in 2010! To nominate an entrant click on the link listed below and select that Category that you would like.

Multiple nominations are welcomed and encouraged. Nominations aren’t votes, this is putting people on the ballot to be voted on later (during the voting phase). We will be accepting participants until October 31st. The categories this year have expanded by two since 2009.

If you like the work that it’s being done on this blog, kindly consider nominating the OrthodoxNet.com Blog for the specific Category that best fits the articles, editorials, and other information regularly being posted here.

But somehow, barbarism, often cloaked in the language of “resistance,” has gained acceptance in the most elite circles of our society. The words “war on terror” cannot be uttered today without fear of offense. Civilized society, so it seems, is so numbed by violence that it has lost its gift to be disgusted by evil. [Read more…]

The year was 1920. A huge crowd gathered downtown to listen to a loud speaker. The city was Pittsburgh. The reason for the crowd? It was election night. Voters heard over KDKA that the Republicans, after eight years of President Woodrow Wilson, were returned to office with a ticket of Senator Warren G. Harding, of Ohio, and Governor Calvin Coolidge, of Massachusetts. It was the dawning of the radio era. So few homes had receivers that the only way most people could hear the returns was to assemble downtown. By 1924, the year Coolidge was nominated for President, President Harding having died on a West Coast trip, there was limited broadcasting from the two conventions and much greater coverage of the election itself. Coolidge remarked that he was President in the right era inasmuch as he had a good radio voice. [Read more…]

If art is a reflection of our culture, our culture – and particularly our youth culture – is awaking to the reality of life in the womb. You hear it in Nick Cannon’s autobiographical single “Can I live?” You see it in the stunning episode of the television show House where Dr. Gregory House’s finger is grasped by a baby in the womb during intrauterine surgery. The recognition of the life in the womb is going mainstream. [Read more…]

It is very rare that I would use an entire interview from another source as the basis of a Smart Parenting article. C.S. Lewis, in his book — The Screwtape Letters, is the Christian writer who warned against the subtle devices of the evil one working in the world in such books and films as The Golden Compass. Parents, as heads of their “domestic church,” have even a higher God-given calling: to lead their children to the awesomeness of God. Use of the media, the weapon of those who attack God and His Church, an ideal way to accomplish this. Turn the weapon back on the evil one and his cohorts.
[Read more…]

The Golden Compass is $180 million movie that opens this weekend. Based on the first novel in a series written by an avowed atheist, it contains unmistakable criticism of the Church, which serves as an antagonist in the story. That it is made for children as well as adults has only added to the intensity with which some groups have denounced it as “sugar-coated atheism” and the author’s “deliberate attempt to foist his viciously anti-God beliefs upon his audience.”

Every year my family eagerly awaits the annual broadcast of the classic 1965 Peanuts special, “A Charlie Brown Christmas.” This timeless masterpiece by Charles Schulz remains so popular that the networks salivate over the rights to it, despite the strong, explicitly Christian statement made in the end by Linus, which surely exasperates the secular crusaders who control TV content from New York.

Does heavy TV viewing push people toward more liberal opinions? Or is it the impact of pre-existing leftist attitudes that lead viewers to invest more of their lives on television?

Analysts may argue about causation, but there’s no real doubt about correlation: an important new study from the Culture and Media Institute shows that those who describe themselves as “heavy” TV viewers embrace distinctly liberal attitudes on a range of crucial issues, placing them well to the left of those who report “light” TV viewing.

Embedded journalists in Iraq are having their minds changed left and right by U.S. soldiers.

Operation Iraqi Freedom saw the advent of a practice that revolutionized modern war reporting: the embedding of journalists with frontline combat units in war. This practice gave the media, the American public and the world unprecedented access to the soldiers on the front lines, as well as to the war itself, through the filing of stories, photographs and video from the battlefront in real time, by reporters who were right there with the soldiers doing the fighting. “We were offered an irresistible opportunity: free transportation to the front line of the war, dramatic pictures, dramatic sounds, great quotes,” said Tom Gjelten of National Public Radio. “Who can pass that up?”

Did you know that a majority of American women now live without husbands? I didn’t either, but last week the New York Times announced it on Page 1: “51% of Women Are Now Living Without Spouse.”

Well, maybe. Or maybe not. For when you try to pin down the numbers, Roberts’s startling finding turns out to depend on some awfully strained definitions.

The media is in need of some mending.

Thomas Jefferson, a better president than we’ve had in a very long time, penned a line back in 1787: “Were it left to me to decide whether we should have a government without newspapers or newspapers without government, I would not hesitate a moment to prefer the latter.” By 1807, in his seventh year as president and after seven years of being subjected to severe press criticism, he wrote: “I deplore the putrid state into which our newspapers have passed, and the malignity, the vulgarity and the mendacious spirit of those who write them.”

“The labor market for American workers is continuing to improve, the latest government statistics showed yesterday, with job growth advancing in recent months and the unemployment rate falling last month to the lowest level since May 2001. In a report that eased concerns that economic growth might be faltering, the Labor Department reported yesterday that the jobless rate, seasonally adjusted, dropped in October to 4.4 percent, from 4.6 percent in September.”–news story, New York Times, Nov. 4

Soldiers, sailors, and airmen once determined the outcome of warfare, but no longer. Today, television producers, columnists, preachers, and politicians have the pivotal role in deciding how well the West fights. This shift has deep implications.

In a conventional conflict like World War II, fighting had two premises so basic, they went nearly unnoticed.