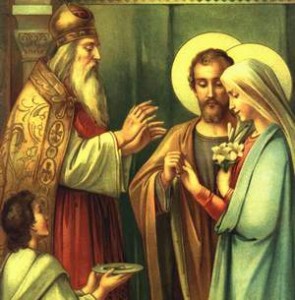 Some Orthodox leaders and scholars have argued that same-sex civil unions, while not recognized and blessed by the Orthodox Church, should nevertheless be accepted and protected by the state in the spirit of democracy. In a 2005 interview regarding debates about gay couples being able to marry, Metropolitan Gerasimos of the Greek Orthodox Church in America, expressed his views on this matter:

“They [homosexuals] should have the benefits and civil rights of the state, but this is not a sacramental union our church will ever sanctify,” he said. “But civil marriage, in the spirit of American democracy, they have the right to ask for that.”

These positions seem to present a fair and reasonable perspective that maintains a balance between the Orthodox Church’s unwavering support for traditional marriage and her absolute rejection of all homosexual unions, and the secular and democratic society we live in. On closer inspection however, the reality of such moderated and accommodating views exposes a danger that may not have been considered when such support was given for these legalized civil unions.

Developments in the Catholic Church over the last few years confirm that advocating for any legislative support of legalized civil unions that have similar legal standing to traditional marriages is unwise. Even if, in the beginning, such secular civil unions do not have the full bundle of societal “rights” that marriages enjoy, it will not take long for our legal system to grant them such protections and privileges.

Looking at what has already happened in states like Massachusetts and recently in Washington D.C. with Catholic Charities, one of the nation’s oldest adoption and foster-care placement agencies, gives us a hint of what can and will occur. Catholic Charities was forced to cease operations when their adoption services were deemed discriminatory to homosexuals because of Massachusetts and Washington D.C.’s same-sex “marriage” laws. Faced with prosecution by the state unless it compromised its religious beliefs, this Christian organization closed its social services operations, ending an 80-year history of helping vulnerable children in need of traditional parents and families. The Catholic News Agency reports:

“Although Catholic Charities has an 80-year legacy of high quality service to the vulnerable in our nation’s capital, the D.C. Government informed Catholic Charities that the agency would be ineligible to serve as a foster care provider due to the impending D.C. same-sex marriage law,” […]

“Foster care has been an important ministry for us for many decades. We worked very hard to be able to continue to provide these services in the District,” said Ed Orzechowski, president and CEO of Catholic Charities D.C. “We regret that our efforts to avoid this outcome were not successful.” […]

The D.C. City Council’s law recognizing same-sex “marriage” required religious entities which serve the general public to provide services to homosexual couples, even if doing so violated their religious beliefs. Exemptions were allowed only for performing marriages or for those entities which do not serve the public.

While at first glance these legalized civil unions do not appear to hurt anyone or interfere with the Christian Church’s mission, in at least two instances we see the devastating consequences of the state demanding that Christian institutions place children in same-sex “families” in direct violation of the doctrines of the Church and the member’s religious beliefs and practices.

“To operate in Massachusetts, an adoption agency must be licensed by the state. And to get a license, an agency must pledge to obey state laws barring discrimination—including the decade-old ban on orientation discrimination. With the legalization of gay marriage in the state, discrimination against same-sex couples would be outlawed, too.”

The closures of Catholic Charities hurt not only the countless innocent children that will no longer be placed in traditional families, but also the many couples that wanted to adopt these children and would have raised them in a home with a mother and a father.

Once such civil unions are given any legal standing, other states and even the federal government will quickly follow the legal precedents set in Massachusetts and DC. The state can then compel all religious institutions that support traditional marriage in their social services to either recognize same-sex unions and act contrary to their religious and moral beliefs, or cease operations altogether. These legalized civil unions are the unfortunate stepping stones the state has and will use to promote an anti-Christian and anti-traditional marriage agenda to the society at large, to the detriment of innocent children and traditional couples looking to adopt.